Workshop on Agricultural R&D in the Asia–Pacific Region: The need to Monitor Investments, Capacities, and Institutional Changes, 16-17 February 2012, Bangkok, Thailand 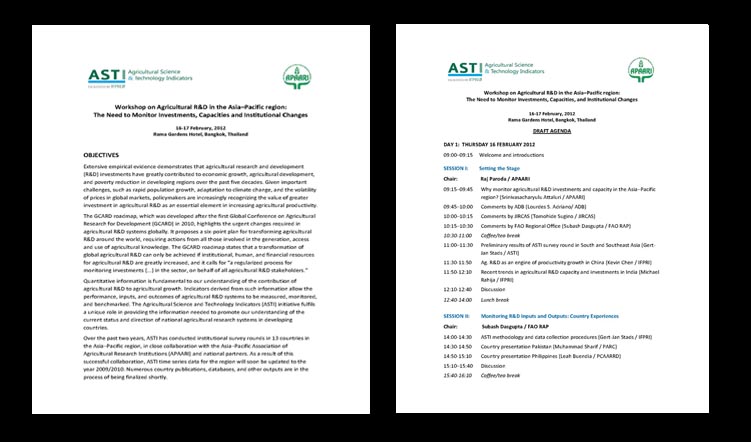 Extensive empirical evidence demonstrates that agricultural research and development (R&D) investments have greatly contributed to economic growth, agricultural development, and poverty reduction in developing regions over the past five decades. Given important challenges, such as rapid population growth, adaptation to climate change, and the volatility of prices in global markets, policymakers are increasingly recognizing the value of greater investment in agricultural R&D as an essential element in increasing agricultural productivity.

Over the past two years, ASTI has conducted institutional survey rounds in 13 countries in the Asia–Pacific region, in close collaboration with the Asia–Pacific Association of Agricultural Research Institutions (APAARI) and national partners. As a result of this successful collaboration, ASTI time series data for the region will soon be updated to the year 2009/2010. Numerous country publications, databases, and other outputs are in the process of being finalized shortly.

In order to discuss the outcomes of the recent survey round in South and Southeast Asia and to discuss the way forward, ASTI and APAARI are hosting a workshop in Bangkok on 16 and 17 February 2012. Representatives of national partner organizations, regional organizations, and other stakeholders will be invited to participate at this important workshop. The objectives of the workshop include: 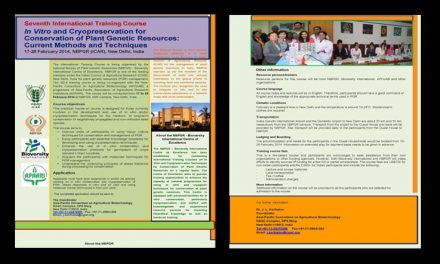 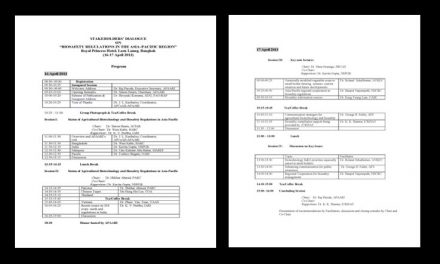