Bill Gates visits ICRISAT:Mr Bill Gates, Co-chair of the Bill & Melinda Gates Foundation, visited the ICRISAT headquarters in Patancheru, Hyderabad on Thursday, 30 May 2013. This was Mr Gates’ first visit to this Institute where he held discussions with the management and several key scientists to gain a better appreciation of the foundation’s research for development investments to ICRISAT. 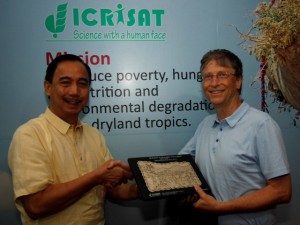 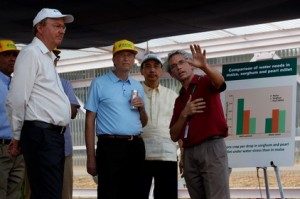 With food insecurity and malnutrition persisting as the greatest challenges facing humanity in the coming decades, Mr Gates acknowledged the potential of ICRISAT’s works on grain legumes and dryland cereals in helping millions of smallholders farmers in the drylands of Asia and sub-Saharan Africa lift themselves out of hunger, malnutrition and poverty.

“ICRISAT crops are great – as they target millions of smallholder farmers globally,” said Mr Gates. The tour highlighted the uniqueness and importance of the works and initiatives of ICRISAT and its partners, particularly in providing modern crop improvement technologies and best management practices on once ‘orphan’ or neglected crops like grain legumes and dryland cereals.

“The drylands are home to 644 million poorest of the poor, and highly nutritious, drought-tolerant crops such as grain legumes and dryland cereals are the best bets for smallholder farmers in these marginal environments to survive and improve their livelihoods,” explains Dr William Dar, ICRISAT Director General.

“ICRISAT scientists demonstrated the different high-end sciences that the institute uses – genomics, bioinformatics, phenotyping and genetic engineering – all integrated or complementing each other as part of its crop improvement program for smallholder farming.

Considered as international public goods, scientists and national partners worldwide can have free access to ICRISAT’s genotyping and phenotyping data,captured and analyzed through its work on bioinformatics, for their respective molecular breeding processes.“That was cool!” was how Mr Gates reacted on ICRISAT’s lysimeter facility for phenotyping, a first of its kind in the world and the largest within the CGIAR system. The facility is now being successfully used for measuring plant responses to water stress related to drought and climate change adaptation.

Mr Gates also engaged in a roundtable discussion with ICRISAT scientists on the impacts and challenges of applyingthe science on the ground. Two projects funded by the foundation were highlighted as the case: the HOPE project (Harnessing Opportunities for Productivity Enhancement of Sorghum and Millets) in sub-Saharan Africa and South Asia which seeks to increase by 30% the productivity of sorghum and millets in 200,000 farmers’ fields; and the Tropical Legumes I &II project which aims to enhance productivity of six legume crops (groundnut, cowpea, common bean, chickpea, pigeonpea and soybean) by at least 20% through improved cultivars and management practices and the development of markets and value chains.

The poor in the target areas of these two projects are the most malnourished, food-insecure in the world, unable to earn adequate incomes from agriculture which is their only source of food, nutrition and livelihoods. The impacts and achievements of these foundation-funded projects are now changing the lives of the poor, providing millions of smallholder farmers with tools and opportunities to boost their yields, increase their incomes, and build better lives for themselves and their families.

Recognizing the consistent and generous support of the Bill & Melinda Gates Foundation to the institute, ICRISAT honored Mr Bill Gates as their first Ambassador of Goodwill. 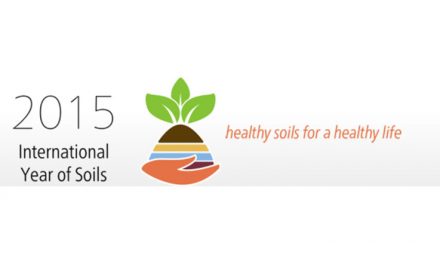 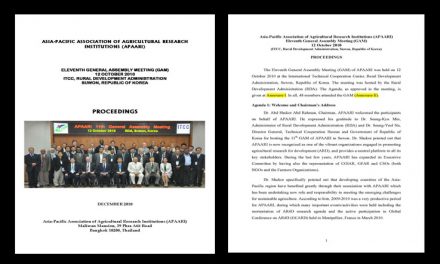 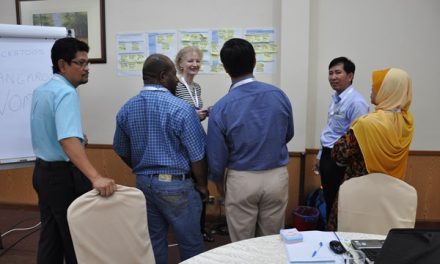