An idea that gave humanity the opportunity to make a modification in a life form’s natural capabilities and characteristics. Feels like a delicate balance of knowledge and potential to improve existing crops with desirable traits. Dedicated scientists and biotechnologists have successfully managed to revolutionize the use of gene editing animals and plants for enhancing their natural characteristics. The revolutionary technological enhancement has effects, which is possessing huge potential in producing high yields with enhanced benefits. Imagine the ability to transform the basic necessity of all life forms ( food). This might lead to a discussion as to how the need of gene-edited agricultural crops and other feeding utilities is directly proportionate to the use of tools and techniques used in the agribusiness.

Necessity is the mother of all inventions. This is a resolute statement made for all the inventions and discoveries till date including gene editing in the agricultural industry. There are techniques that are used depending upon the necessity of the improvisation to be made in a particular trait of a crop like disease resistance or even the quantitative production to feed the ever-growing population of the world to overcome the changing climatic conditions. The wide range of techniques that can be used in agribusiness to genetically enhance the biproduct of the combination or modification.

New Plant Breeding Technologies, also known as NBTs including genome editing or gene editing, provide both technical and economic advantages over conventional breeding. The number of technologies (NBTs) are variants of genome editing primarily represented by site-directed nucleases (SDN) and oligonucleotide-directed mutagenesis (ODM). Unlike most of the agricultural applications of genetic improvisation, genome editing does not necessarily entail the insertion of foreign DNA into the plant’s genetic structure. A bunch of molecular redesigning techniques such as zinc-finger nucleases (ZFN), transcription activator-like effector nucleases (TALEN), and clustered regularly interspaced short palindromic repeats (CRISPR). These molecular approaches can be used to cater targeted short deletions or small insertions of endogenous deoxyribonucleic acid (DNA) and products might be indistinguishable from natural mutation or conventionally-bred counterparts. Precision gene editing gives plant producers an opportunity to introduce new cropping traits and understand the genetics of a particular character. Apart from being able to edit the genes related to one particular trait, this ultra-lucrative technology can even reduce the time between editing and the crop in the field to as short as 18-24 months as compared to 10-12 years by using conventional breeding methods.

After all the above discussion, arises a question. Is this safe?

The regulating authorities and companies conducted various surveys and concluded that the genome-edited crops pose a marginal risk or no risk to human health, environment, and economy, similar to conventional breeding. The regulations governing biotechnology and some advocacy groups discourage the use of technology in agriculture because the assumptions for the risk associated with gene editing and targeted breeding techniques generally are driven more by socio-political factors than by scientific principles. Argentina has set an example by developing a functional regulatory system for the approval of genome-edited products. The regulatory system is developed to be consistent with the Cartagena Protocol on Biosafety and relies on a case-by-case assessment.

CRISPR-Cas9 is a paradigm shift in the entire gene-editing history. It can revolutionize the complete food crop production to support Sustainable Development Goals. Agricultural transformation has to cross paths with the effective genome editing tools to ensure plants remain tolerant towards any stress caused due to the biotic and abiotic stresses and can maintain high yield, disease resistance, and rich nutrients.

The scarce food reserves, as alerted by the United Nations in 2020 is itself an alarming fact, to adopt gene editing and incorporate modern techniques to the conventional agriculture business. To meet the demand of an ever-increasing For burgeoning world population, without costing in terms of low-quality produce, genome editing appears as the best solution. All that is required is the re-evaluation of the regulation of gene-edited plants and crops with proper engagement and education of the public in general at a global level. 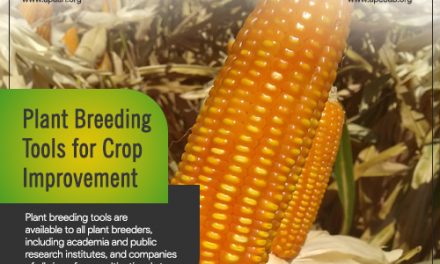